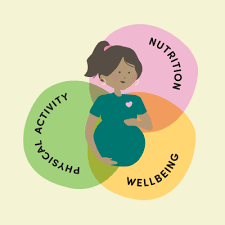 “Good News” calls for a large celebration for the Indian families. From all the roles that a woman plays in her entire lifetime, motherhood is considered the most important. Bringing a new life into this world is the biggest task and requires proper nourishment. However, in most Indian families, a would-be mother need not worry much, as our experienced grandmothers (Dadi and Nani) always come to the rescue. Along with the wholesome Indian diet, grandmothers bring their secret food along, “Shuddh desi ghee” i.e., pure desi cow ghee.

However, there has been a huge debate in recent years over the traditional Indian ways of nurturing a baby in the womb, and even about taking the proper care of a pregnant lady. In some last decades, doctors were not suggesting some homemade foods that should actually be included in the diet, due to the fear of increasing cholesterol. However, recent foreign research has come forward to prove that the Indian superfood, pure desi ghee, indeed helps to increase cholesterol; but good cholesterol and good fats. Therefore, intake of cow ghee is not hazardous. On the contrary, beneficial and healthy when consumed in the right quantities

There are innumerable advantages of eating our Gosattva Bilona ghee generally as we have studied in the last blog. This blog will put light on the advantages of consuming ghee during pregnancy specifically.

1. Essential Tonic:
Ayurveda offers the preserved knowledge of A2 Bilona Ghee in terms of its essential tendency to supplement the necessities to not only the expectant mothers but also to everybody. When you consume our Gosattva A2 Ghee in the right proportion during pregnancy, it will certainly provide you with all the necessary elements to remain healthy throughout the nine months of the pregnancy.

2. Relieves Stress:
Ancient Indian food science has always been supporting the consumption of pure ghee. Gosattva Bilona Ghee taken in the right amounts not only reduces stress, but activates feel-good hormones to increase the calming effects on nerves.

3. Powerhouse of Vitamins and Minerals:
Being loaded with many Vitamins, minerals, antioxidants, and micronutrients; A2 ghee is a better natural detoxifying agent than any artificial one. Omega 3 fatty acids support to increase HCl, i.e., good cholesterol, which plays a vital role in the nourishment of the baby fetus.

4. Reinstalling of the strength:
Pregnancy requires a lot of investment, not only physical but mental and emotional. Pregnancy labour takes a major toll on women’s bodies and there enters our secret superfood, pure desi ghee. As it contains plenty of healthy ingredients, it helps women’s bodies to regain their strength postpartum.

5. Improves Digestion:
As pregnant women undergo major hormonal changes during pregnancy, a lot of women complain of indigestion. As we have already known, if ghee is consumed in its purest form, like Gosattva Bilona Ghee, it will help a great deal to solve the indigestion problem.

6. Induces Normal Labour:
As stated in Ayurveda, consumption of A2 cow ghee will lead to support the normal labour. Many Ayurvedic doctors claim that ghee acts as a natural lubricant through vaginal passage during delivery as it is a mild laxative.

7. Reduces Acidity and Constipation problem:
Due to severe hormonal changes women undergo during pregnancy, either acidity issues increase if already present, or constipation problems may arise due to a heavy diet. However, our Bilona Ghee helps in clearing the gastrointestinal tract which reduces those issues to a large extent.

8. Boosts fetus’ development:
They say a pregnant lady needs to consume almost 200-300 more calories per day than a normal healthy one. Our Gosattva Bilona Ghee proves to be the right food to increase the calorie intake in a right and healthy manner as it also helps to increase HCL levels, i.e., good cholesterol.

To make our Ghee a part of your diet, here, we bring some popular and most effective ways:
1. Laddoos made by Dadis and Nanis
2. A teaspoon or two on roti, chapati, and rice
3. Different types of Halwa: Gajar Halwa, Badam Halwa, etc.
4. Using ghee instead of oils and butter in the overall diet.
5. You can also apply it externally in case of increased body heat.

Trying new workout trends at home? Don't forget to get your hands on these nourishing recipe ideas post workouts.

Being a working woman often stresses you out? Here are some simple, yet similar ways of self-care… 

There was an error while trying to send your request. Please try again.